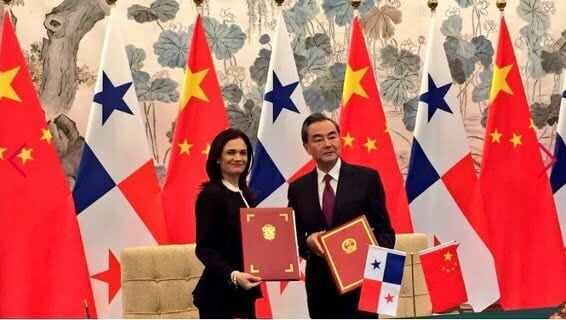 The People’s Republic of china and the Republic of Panama has a long history, before and during the construction of the Panama-Canal, where many people from China sacrificed their lives in its construction and established a heritage in Panama.

On June 13th of 2017, the Panamanian President, Juan Carlos Varela, announced the awaited establishment of diplomatic relations between both countries, which will ensure a new successful venue of a businesses and becoming Panama the bridge which connects two different continents and hemisphere.

This decision means that Panama will break relations with Taiwan, since both nations already signed a Memorandum of Understanding and the presidency stated that there is only one China in the World, hence Taiwan is an inalienable part of the Chinese territory. Also, it is important to note that Panama had maintained commercial relations with China for many years and this country is the second largest user of the Panama Canal and the largest supplier goods to the Colon Free Zone, which means that with this decision new business opportunities will arise between both nations in order to fortify their commercial-relation.

For any additional information do not hesitate in contacting us, since we are one of the top leading law firms in Panama.